It’s not OK for Republicans to vote with the Left 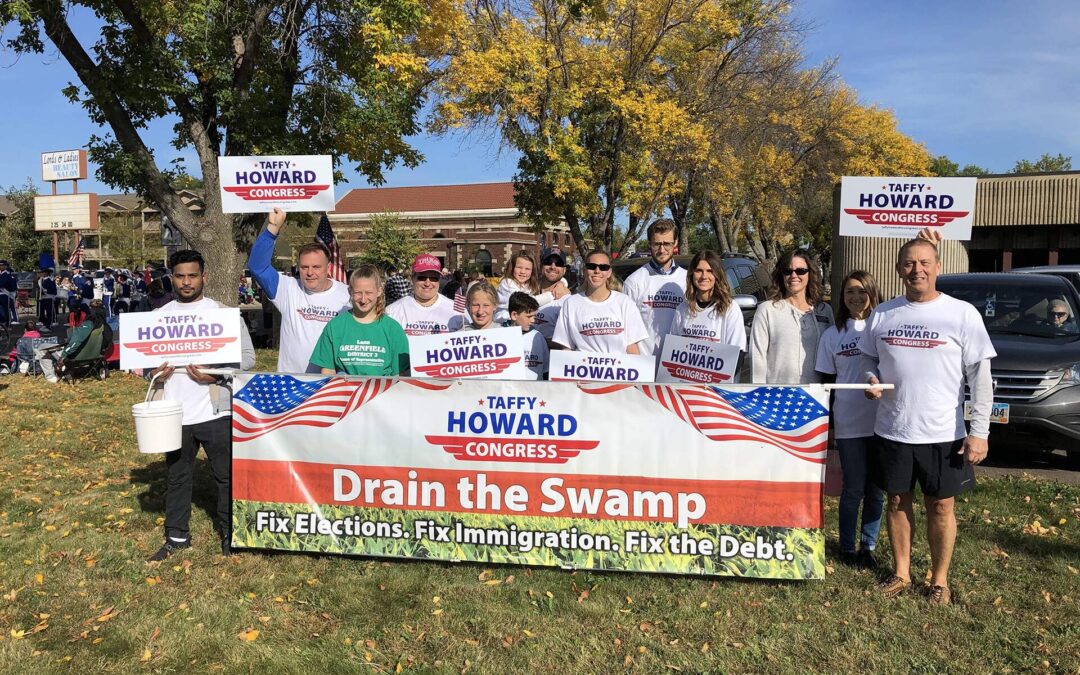 When you vote for a Republican, what do you expect from them?

Maybe it’s things like fiscal responsibility… strong support for our nation’s borders… and a respect for our 2nd Amendment rights.

Those are the simple things we shouldn’t have to BEG our Republican Congressmen to support.

Is it OK for Republicans to vote with the Left?

If you answered NO to that question…

Especially if a “Republican” is voting with the Democrats against fiscal responsibility, voting AGAINST a strong border, and voting for radical “red flag” gun confiscation laws.

Unfortunately, my opponent, Rep. Dusty Johnson, has been voting with the Swamp in Washington like this since he took office in 2019.

I’m not here to bash him.

But like you, when I vote for someone, I expect them to vote the same way they campaigned!

That’s what it says on his website: “I promised South Dakota I’d be a conservative and I’d get things done. I’ve kept my promises…”

But is that true?

The truth is Rep. Dusty Johnson has voted with the Democrats against important conservative bills in the House of Representatives!

Now, paired with President Biden’s open border policies, hundreds of millions of illegal immigrants have flooded into our country unchecked.

That’s contributed to the rise of mass human trafficking and drug running across our southern border!

Maybe even worse, Johnson has done MORE damage to our national debt and our economy.

That included Johnson’s “yea” vote for HR133 that spent $2.3 TRILLION in taxpayer money.1

Just listen to what the American Conservative Union had to say about this bill, HR133…

“This spending package epitomizes the worst of the DC establishment’s spending habits. This bill was sold as a COVID-19 response package but actually includes $1.4 trillion in budgetary spending unrelated to the pandemic…The bill contains carve-outs for every imaginable special interest group in the ‘swamp,’ from tax breaks for racehorse owners to $10 million in funding for “gender programs” in Pakistan.”

It’s become clear over the past two years…

Johnson is willing to play it fast and loose with YOUR taxpayer dollars!

But here’s the final straw:

Even though he campaigned as a conservative…

Dusty Johnson capitulated on one of YOUR most fundamental rights as an American citizen… the 2nd Amendment!

He voted with Nancy Pelosi and the Democrats for “red flag” gun confiscation laws for our military service members… not once, but TWICE.

That law would allow guns to be taken away WITHOUT due process just because a judge agrees with a friend or family member who thinks your rights should be confiscated.

That is the complete OPPOSITE of what the founders of our country thought about your right to bear arms.

And I fear that if Johnson wins reelection…

He will continue to allow RINOs and Democrats in DC to trample all over your rights unless we can beat him at the ballot box in June.

This is where I need your help.

My campaign is heating up. I’m traveling all across South Dakota visiting so many citizens who are FED UP with the swampy politicians in Washington.

And we are gaining steam as we head into the spring campaign season.

I need you to add some fuel to the fire!

Your donation would help us get the message out that we’re bringing real conservative values back to the capital.

For some, that could mean a maximum donation of $5800. That would give us a MASSIVE boost.

Some could also do $250, $150, or even just $75. That will help keep this train of conservative, South Dakota values rolling down the tracks!

And even others could give just $35 or $25. Every last dollar will help us get across the finish line!

Whatever you can give, I ask that you join me in fighting to bring REAL conservative values back to Washington DC.